We still had quite a few transactions we were negotiating on properties that had not sold under the hammer at The Event auction with so many of those now sold. We are always focused on getting the best outcome for our sellers and up to 15 percent of the time that happens prior to the actual auction day when a seller receives an offer just too good to refuse. We then sell anywhere between 40 – 55 percent on the day and then the balance, which collectively gets the sales results into the 90 percent bracket, can happen post auction day. We are now in the post auction period hence the flow of sales that are occurring at present.

We also have our Commercial Event auctions on the 22nd of February and that is keeping us incredibly busy with significantly higher enquiry then we normally get. If you are a buyer of commercial property have a good look at the excellent array of properties we have by clicking here.

My regular watchers of this eNewsletter would know I have been mentioning the reigniting of interstate migration. As the largest agency on the Coast, marketing more properties than anyone else, we get to tap into the market better than anybody else and so we were able to detect this surge of migration increasing throughout 2017. I did mention we had no official figures but we finally do have some now.

In 2015 interstate migration to Queensland was 6,417 persons. That increased to 11,581 in 2016 and then the latest figures for the fiscal year of 2017 shows 17,148. We actually felt the strongest surge in the second half of last year which obviously was not captured in the figures I have just mentioned. A turnaround from six and a half thousand to just over seventeen thousand over a two year period really highlights this amazing surge in interstate migration.

We know there are two factors that have been driving this. The first: – the cost of living interstate and particular Sydney; time spent in traffic jams, cost of parking stations, tolls but of course the number one factor being the cost of housing. Whilst people were searching for more affordable locations to live in the next key piece was the need for a job. With the Gold Coast economy broadening and strengthening, significantly better paying jobs became available and whilst not as high as Sydney and Melbourne, when they balanced up the significantly lower cost of living it triggered a surge of people making the move north.

With that surge north, which is seen in the migration figures, we also saw a surge in capital coming with them and this has played a significant role in boosting spending right across the Gold Coast, and as such this further enhanced our economy but also was a strong contributor to the strength of our current real estate maket. I cannot wait for the next official migration numbers which I am sure will see us in the 20,000+ range.

One other thing we do know is that when one member of a family moves it tends to be a drawcard for others to follow. So, welcome to Queensland and especially to our home city, the Gold Coast.

This is always a real fun day where it is an ideal day for businesses to entertain clients or indeed reward staff, or simply Gold Coasters getting together and having a fun day. This year we have 2 major panel interviews during the lunch.

The first panel being the Tourism Australia Chairman Bob East, Gold Coast City Councils CEO Dale Dickson, GOLDOC (the Organising Committee of the Commonwealth Games) Head of Sport Greg Nance, and some other surprise guests including athletes who are going to talk everything Commonwealth Games and tell us a lot of the behind the scene things no one has heard to date.

Our second group is the Executive Chairman, CEO, Coach and Captain of the newly shaped Titans who are going to tell us so much about what happened during the off season and what we can expect from the Titans in 2018.

It is only $150 per head or $1,500 a table. Visit the website here for more information or contact Selena Carson on 0410 650 185. It is on the 2nd of March and only weeks out from the Commonwealth Games, and at the start of the NRL season, so come along and have some fun with us on the day. 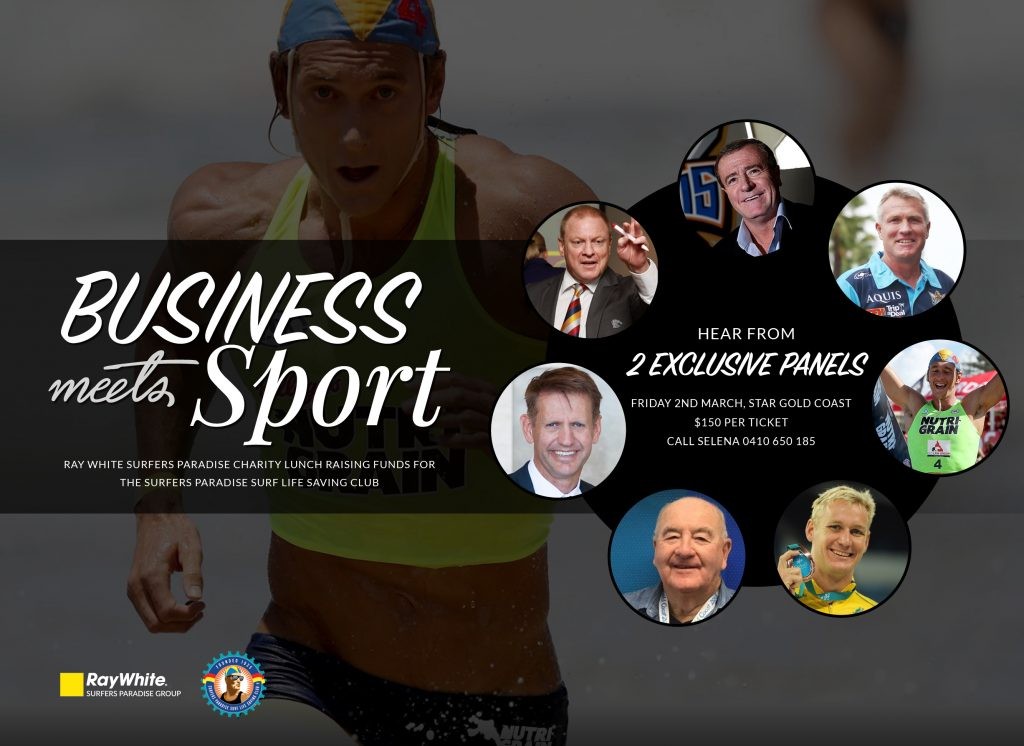